For the last weekend in July I was lucky enough to get a ticket for Lounge on the Farm, Canterbury’s annual music festival. Having spent three wonderful years studying at the University of Kent closeby I was super excited to be going back to my second home town for a dose of music, good food and a few cheeky bevies! Another positive was that it was my Birthday on the Sunday so what better way to spend a weekend. The original plan was to spend the weekend down at Lounge on the Farm, however after celebrating my birthday on the Friday night and then being warned that our pop up tent would blow away in the predicted thunderstorms, we decided to do some shuffling round and head down for the Sunday instead. I was quite disappointed not to go on the Saturday but the Sunday more than made up for it!

It was a beautiful day, not a cloud in the sky and Craig and I got up early for our two hour drive down to Kent.

Lounge on the farm is situated on Merton Farm in Canterbury and takes place over three days every year. This year was the eighth year that the festival has been running and it’s just been getting bigger and better.

It tends to be a festival where the big names perform just before they hit the big time, for example, last year’s headliner was Emelie Sande. This year on Saturday the main act was Jesse Ware with other well-known bands such as Man Like Me and Tribes. 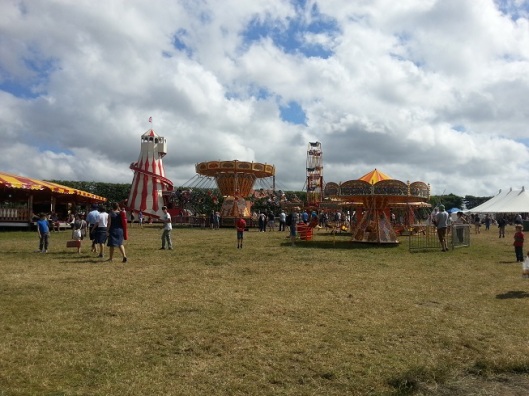 The Sunday’s main stage was soul and reggae, not recognising many of the bands Craig and I decided to just go to whichever stage we thought sounded good! The first stage we went to was Farm Folk. We arrived about 3p.m and there were only a handful of people at this stage however just before the band began it got busy pretty fast. The band were called Coco and the Butterfields and turned out to be the highlight band of the day. A five piece band that started as a trio in September 2011, Coco and the Butterfields consisted of a banjo player, bass player, singer/violinist, lead guitar/vocals and a beat boxer. Combined, they produced a sound that they describe as “Fib Fok”. Folk and country is one of my favourite types of music and this band really got their audience jumping around and simply having a great time. With a few covers thrown in included Whitney Houston’s I will always Love you, the band sang for a good 45 minutes and even at one point had the previous band before them, good few men, come on the stage and join in, adding an accordion to the mix. You can read more about them here and have a listen to some of their songs. Make sure to check out warriors. http://www.cocoandthebutterfields.com/bio.shtml 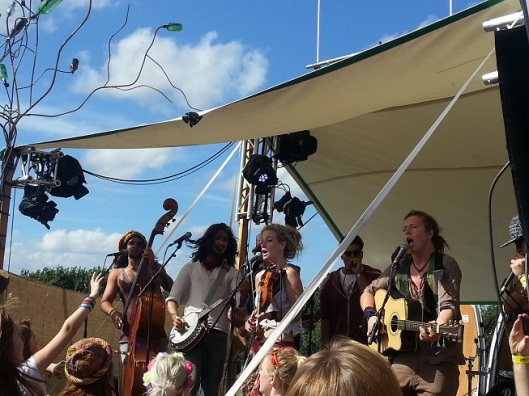 Leaving the gig on a high and feeling slightly merry from a super strong rum cocktail we decided to look around the three different fields that the festival covers. The first field consisted of la huge variety of food tents, as well as two music stages, a ferris wheel and swings. Craig and I were drawn to the yum bun food van and bought one pork and one veggie. I’d describe them as big dim sum but tastier. One simply wasn’t enough but I decided to have an ice cream as a treat rather than buying another one. 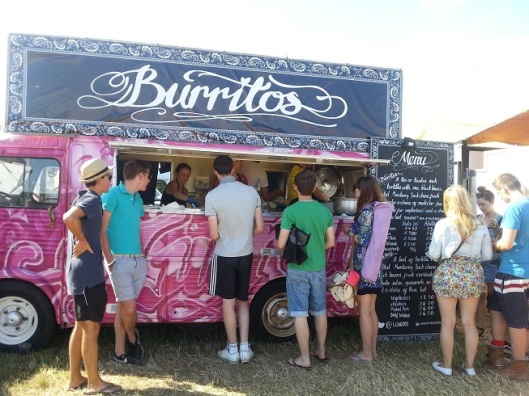 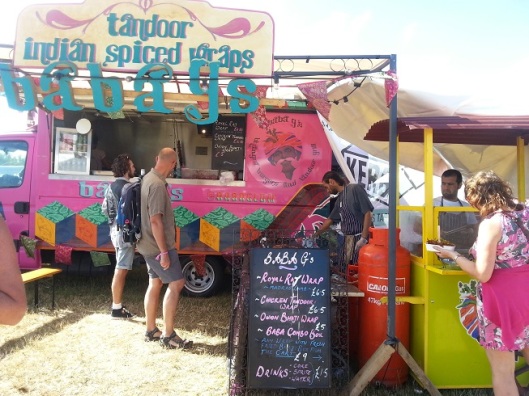 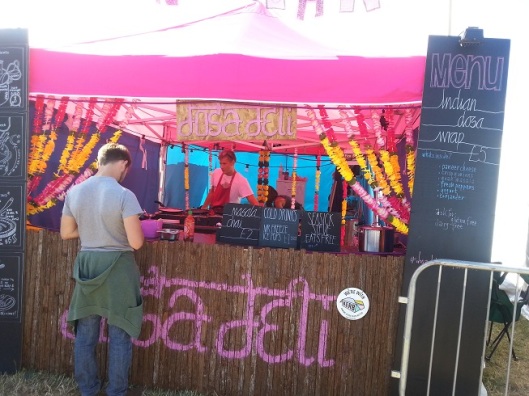 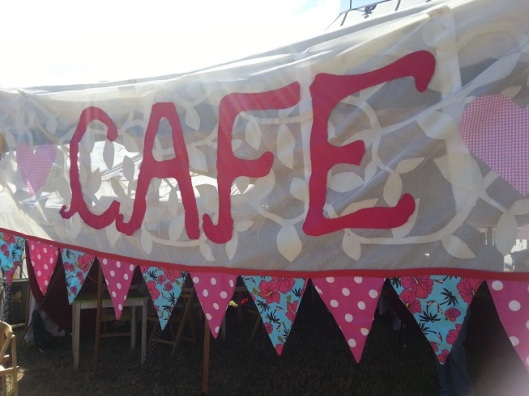 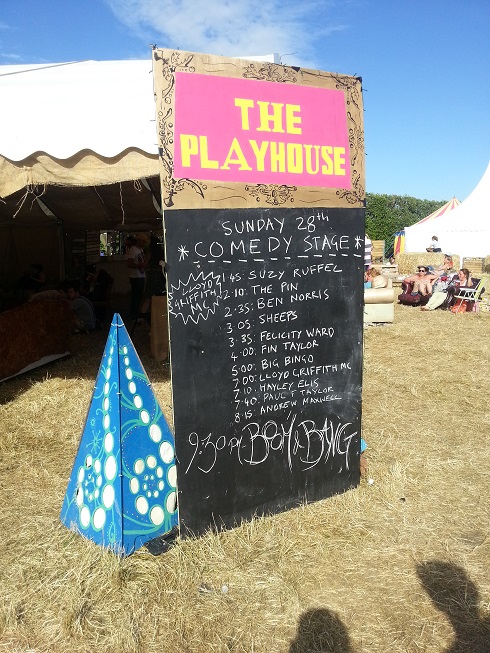 The second field we went into was mainly dedicated to children and there were different arts and crafts tents, play areas and rides for children. However it was also where the comedy tent was and an amazing sight which has become a popular fixture for festivals which was the solar cinema! The Sol Cinema is a micro movie house powered entirely by the Sun. It can fit up to 8 people at a time and it has been travelling to festivals allowing individuals to sit in and watch a film or showcase one of their own. I absolutely loved it and it’s just such an amazing creative invention. Find out more about it here: http://www.thesolcinema.org/ 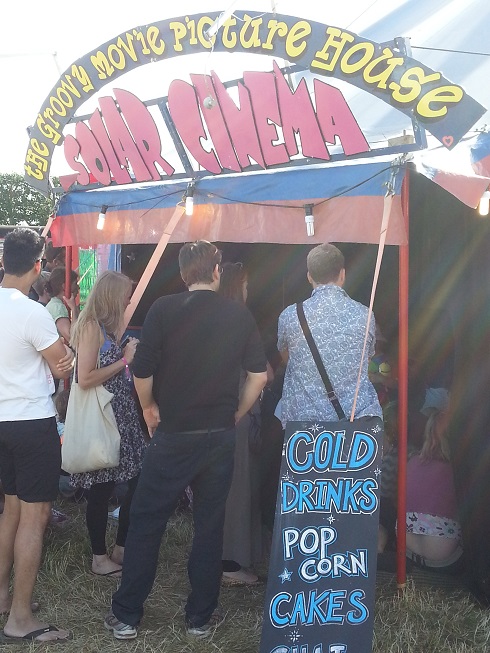 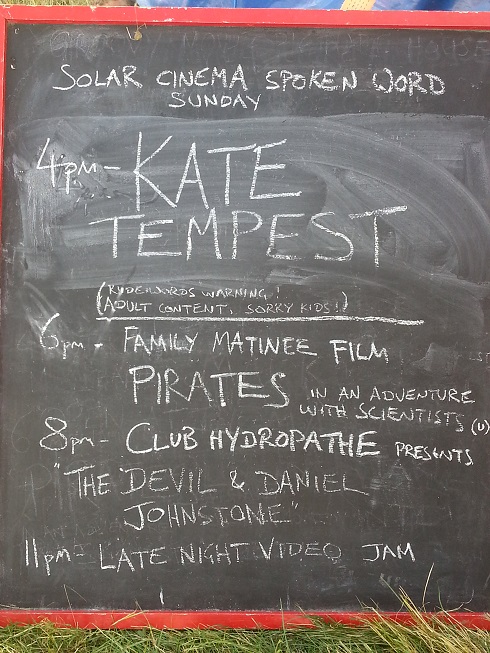 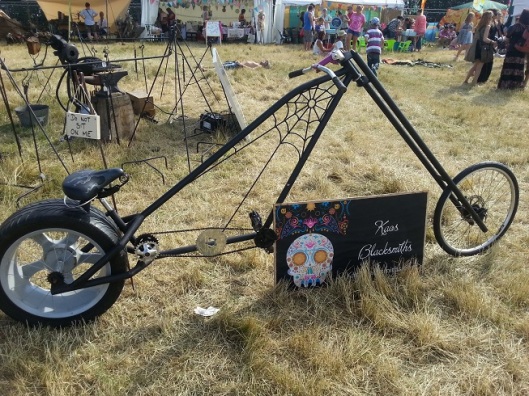 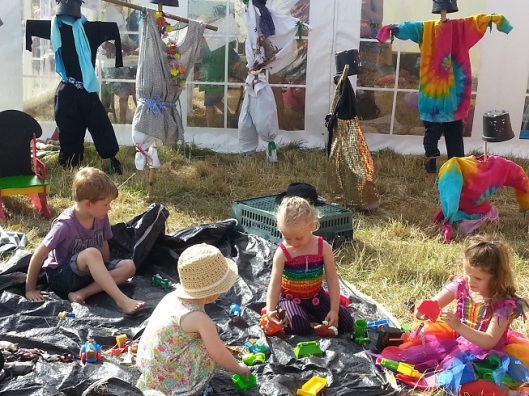 The atmosphere was so relaxed, the weather was gorgeous and being down at Lounge on the farm reminded me how much I love Kent. The third field was the biggest field where the main stage was as well as the hoe down. I went in thinking it was going to be some country dancing affair when in fact it was just a dark tent with about 5 people dancing to not the best techno music. Nevermind there was still lots of stalls and food tents to go and investigate. I bought two pairs of some lovely earings for £5 and there were places where you could get henna and face painting done. After another delicious rum cocktail we decided it was time for some food and after deliberating for about an hour we both went for the paella. It was a great choice, we mixed it up and had ¾ chicken and chorizo and a quarter veggie with butternut squash and green bean. The chicken was a fraction better but combined the dish was full of flavour and super filling. The portion size was enough for two people which was great value for the price of £4.50. 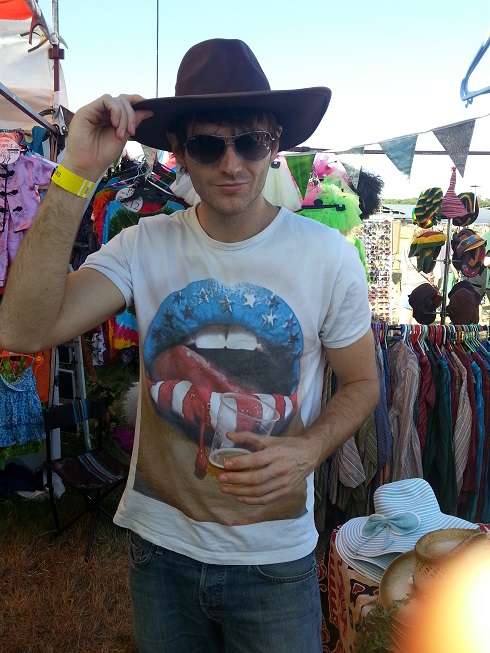 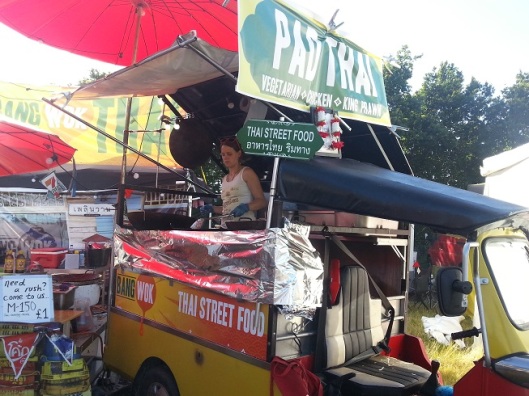 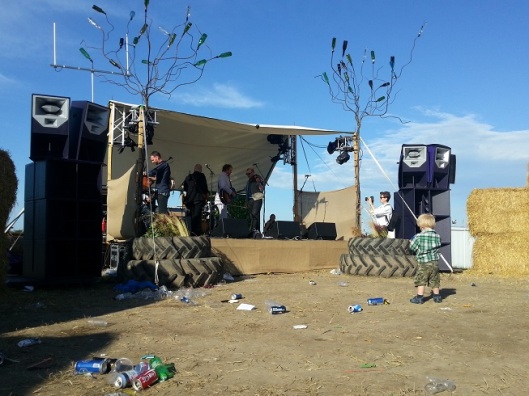 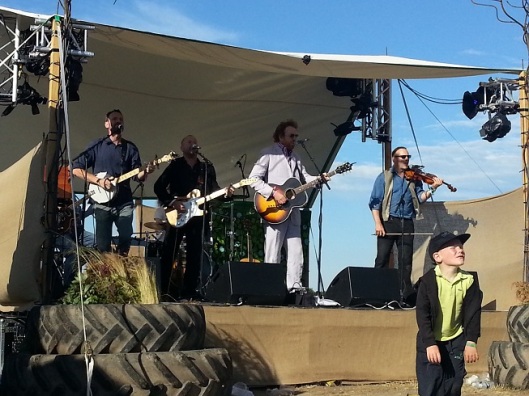 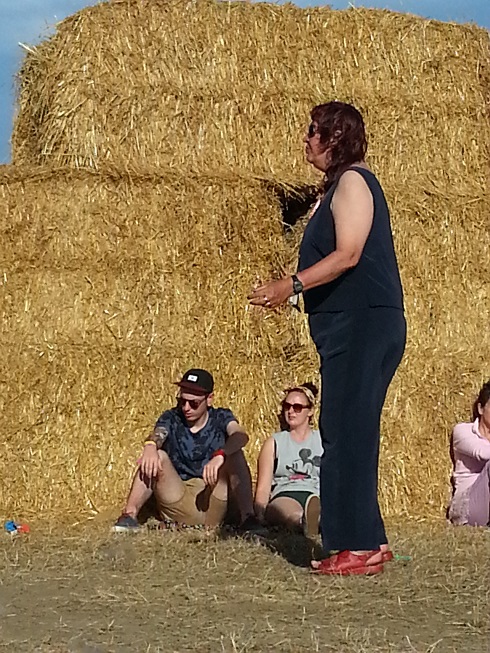 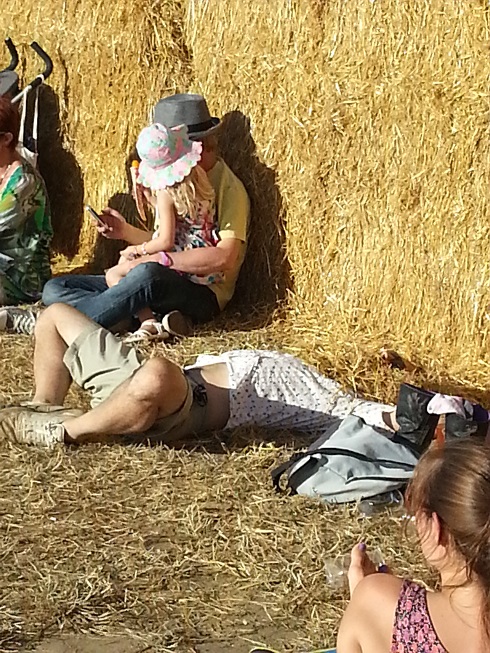 After our scrummy paella we just chilled and wandered around the different fields listening to other bands and finishing off with a super fun band dressed all 70s and singing covers such as ‘celebration’ and ‘I’m every woman’. This was back at the first stage and once again the band had brought in a big crowd, mostly people in their 40s, but everyone was loving it even the men. It was a great end to the night and we headed back home after a fabulous day of good food, music, sun and swings of course! Next year I will surely be going again but perhaps for a longer visit next time.