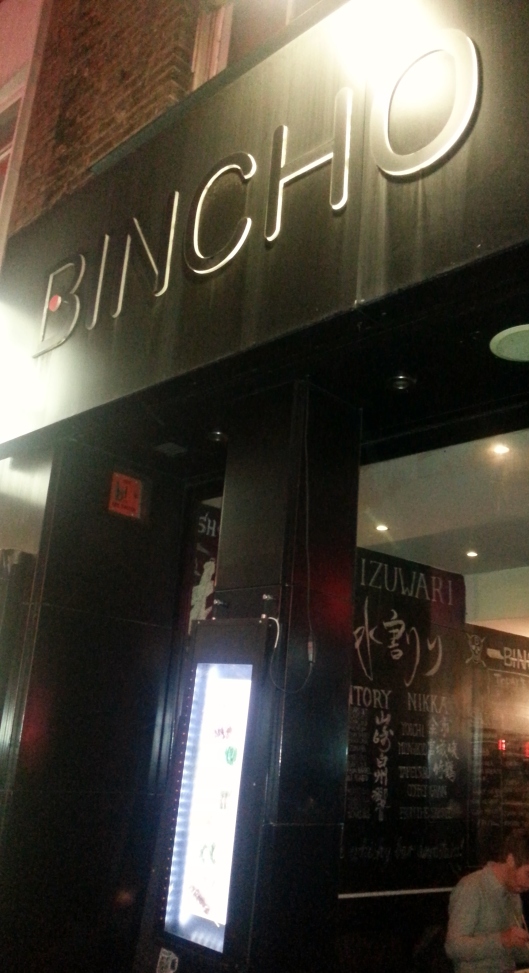 Five years ago now, oh god where does time go, I signed up to be an activity leader for Embassey Ces summer school. It involved a lot of taking students on tours around London- informing them about facts and historical figures (I’m pretty sure I made a few up!), showing them dance moves at discos and other exciting events like performing a Jack the Ripper Tour! I lived in central London in the university accommodation for the whole summer and although I worked ridiculously long hours for less than the minimum wage, I absolutely loved it and formed some of the best friendships. One bond of friendship which blossomed from this exciting summer was meeting Jen and Marta, who became my two embassy buddies in crime. Marta didn’t even live in the accommodation during the summer but I usually forget because she was around so often. We bonded over lots of things, from moaning about the crazy hours and airport pick ups we had to do, to some of the behaviour of the students, however, we all found common ground and passion in our love of food. We used to receive meal tokens and we would sometimes save them up and go all out at lunch buying coffee republic milkshakes and humongous baguettes from upper crust. These meal tokens were definitely the perks of the job.

Since Embassy we have kept in touch and make sure we always catch up over a night involving wine and good food! Last Friday it had been over 5 months since we had all been together due to work commitments however we set a date in the diary and decided we would try out the Japanese restaurant Bincho which we had previously tried to book in the past but had always left it too late.

Bincho is located in the heart of Soho, on Old Compton Street, where there is always a buzz and a great selection of restaurants to try out. It was a horrible rainy night so I was quite content to get inside the restaurant and cosy up inside its dark and warm environment. As you walk through the door the chefs are cooking the food on a big open grill and the smell was so inviting. I wasn’t extremely hungry when I arrived but as soon as the wafts of food came over to our table, I couldn’t wait to eat.

The menu is set out tapas style with a variety of meat and fish options to sample that mostly come on skewers. You can find the menu here: http://www.bincho.co.uk/menu-soho You need to order a minimum of two portions/skewers which range in price from £1.50 to £5.75.There is also the option of getting a main meal such as salmon steak with sweet soy glaze or Samna which is whole salt grilled sardine. There were so many things we wanted to try on the menu so what started off as not seeming like a lot of food actually turned into a feast! We ordered 3 skewers of each item which included:

On top of this we each ordered a side of rice. Jen went for the toribyaki meshi whereas Marta and I chose oyako dob. Well I was not expecting the rice to be so large a portion! Jen’s portion arrived before ours and was a small good size portion to go alongside the meat and other skewers however when mine and Marta’s rice dish appeared it was almost three times the size. The portion itself would’ve filled me up on its own as it contained chicken and large pieces of soft cooked egg. 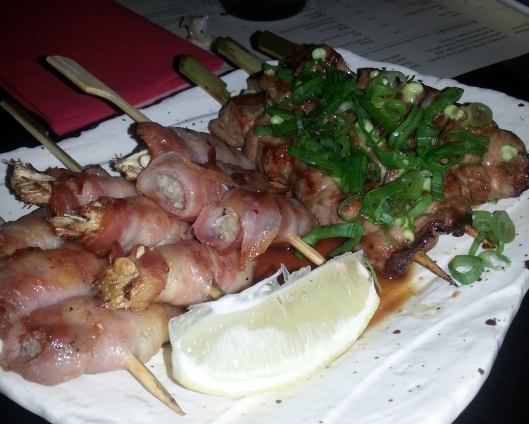 The chicken was lovely to eat but the dish felt more like a risotto as the rice was quite stodgy. Other than having something slightly negative to say about the rice, some of the other skewers made up for it especially the enokibacon.

To add to that the salmon was delicious dipped in the soy sauce and the duck had a lovely smokey flavour. The rice cake with seaweed however was rather dry as was the chicken with the sweet peppers.  The chicken seemed a bit overcooked and the peppers were more a case of sickly sweet.

Overall it was a fun experience going to Bincho and I’m really happy we finally made it and got to have a good catch up. I would definitely go back but I might stay away from the rice or definitely order a portion to share. It would be fun to go back and try out new things on the menu especially as its good nutritious food. When I go back again I think I will try everything different except one thing and that is the enokibacon, that one will definitely be first choice for me!