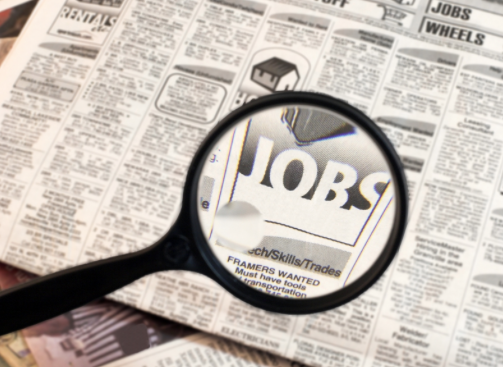 So I’ve been in Vancouver now for three weeks can you believe?! My first week flew by and despite the first two days of feeling a bit tired and worried with wondering whether I’d done the right thing, the rest of the week was great. I met some lovely people, did some sight seeing, took a ferry over to the beautiful Bowen Island and started to feel really settled. My second week, although still enjoyable, was a lot more sorting out things such as phone contract, flat, bank account and all the joys that go hand in hand with moving to a new place.

For my phone contract I set it up in a shop called Best Buy, located in the Pacific Centre (this is a lovely little shopping centre off Granville Street which does some of the tastiest smoothies I have ever had!). The customer service representative, Dale, was so efficient, friendly and super helpful (the best customer service I have ever received in a phone shop – EE/T mobile could definitely pick up some tips!) At first he tried to set me up with a Virgin contract as you get good benefits with them such as discounts off several stores and 2 for 1 cinema tickets however for some reason because I was on a working holiday visa they wanted a deposit of $500 which we both thought was a bit extreme. I therefore opted to go with Koodo. Koodo offer various different monthly plans and the good thing about them is that, yes they offer a monthly contract, which is unheard of in the UK. The data allowance isn’t wonderful but you can basically pay more for the amount of data you want. I opted for the $40 contract which offers unlimited texts, 500 minutes of calls and 500MB of data. It’s not a huge amount of data but you can get by with using wi fi in most places. To pay, they send you an email at the end of each month with the total amount you need to pay (tax is added on to this too!) and then you can simply pay the amount by debit or credit card. It won’t cost you to text internationally but it is worth checking whether it will charge the receiver. I don’t believe it does buit it would charge them to text or call you back.

Once I had my phone contract set up I went in search of a good bank to sign up to. Scotiabank did tempt me because again they offer good benefits such as a cinema card where you can build up points and therefore get discounts and occassionaly free cinema tickets (I pretty much just wanted it for this) as well as offer you $100 if you stay with them for 4 months. However, at the same time, they charge you a fee of $9.95 a month to bank with them and you can only carry out 25 transcations per month. I doubt you’d go over this but I didn’t really like the idea of paying $9.95 a month even if I do receive $100 after a certain period of time. I’m always slightly skeptical and prefer to go with something that doesn’t charge.

A few of the banks in Vancouver will charge so make sure to look around. In the end I decided to go with Capital Coast Savings as they offer unlimited transactions and no monthly charge. All you need to do is pay a deposit of $5 dollars to set up your bank account and then you’re pretty much on your way. The only negative with Capital Coast is that you can only use their card in selective ATMs which are HSBC and any atm that has The Exchange logo on it. This isn’t so much a problem in Vancity but once you go outside I discovered there aren’t as many ATMs that have this logo and therefore you will be charged not only to use the card in an ATM to withdraw money but also by the bank themselves which is a bit of a pain.

Another bank I heard was good, after signing up with Capital Coast, is CIBC. There’s a few CIBC banks located around and again they do not charge a monthly fee. I wouldn’t worry too much if you do sign up to a bank account and want to change as you can cancel at any time and try out one that suits your needs best.

Last but not least is job hunting in Vancouver! Again this can be very mixed! Before I arrived I set up some meetings with people which fortunately has led to some work but there’s also been a lot of waiting around and uncertainties about when I start, what I’ll be doing what the pay will be and all that sort of thing! I have met a handful of people who are all here on a working holiday visa and they have had their ups and downs with finding work. I suppose it very much depends on the line of work you’re after and whether you’re looking to simply find a job to make money or look for career progression.

In my first week I had an interview for a wonderful  job but I wasn’t sure what I was doing long term and the lady interviewing me was very adamant that the person she hired would be able to stay for a while as she wanted someone she could invest in. The money was quite good (for Vancouver standards) and the hours was decent too, however I had some work lined up for a few weeks that I wanted to explore and didn’t want to commit and then mess her around. Lesson I have learnt from this is that you need to think about yourself too and I probably should’ve accepted the job and seen what happened but you live and learn.

The next few days were more down than up as the job I was due to start got pushed back by 2 weeks and therefore I needed to look for something for the in between time. This is where job searching gets tricky and you realise there is a lot of competition for work and the pay is not fantastic unless you are extremely skilled in a particular field. A lot of jobs start on minimum wage here which is only $10.60/hr (not exactly great – that wouldn’t even cover two drinks on a night out!) so it’s a case of just looking at different job sites and seeing which is the best fit. The job sites that are quite popular are:

CraigsList Vancouver – This is also good for flat hunting, looking for furniture, bikes and random bits as well as looking at what activities are happening in what areas.

Go2HR – There are a lot of customer service and cook jobs on this one!

These sites are all quite good for looking for jobs but I was also fortunate to bump into someone who recommended an agency called TPD which you can sign up to for temp and permanent work. I went in this week, signed up and they seem quite promising in being able to get you work. I actually have a shift working at the St Paddy’s day parade on Sunday, just walking down the parade and handing out free stuff so it’s not too bad and that’s just for a bit of extra cash. They work with various companies and try and appoint you to one based on your skills. The agent I met was helpful and said as long as you want work he will find you work which sounded promising so I will just wait and see. They do ask that you commit to them for a minimum of 3 months and if you are planning any trips or if you do have any other commitments you need to let them know 2 weeks in advance. You are also required to do an excel and Microsoft word test as well as a typing test. These were actually quite fun and help activate your brain! I used excel daily in my last job yet hadn’t used half the things the quiz asked me about so it was actually a bit of a refresher course!

So, it looks like I have work lined up for the next 2 weeks and then hopefully I will either end up with further work from the project I’m about to embark on or if not there are a few options which is good. I always find contacting people directly is beneficial in looking for work because it shows you are passionate and keen and the best thing is to not give up, if you keep trying you’ll get there in the end.