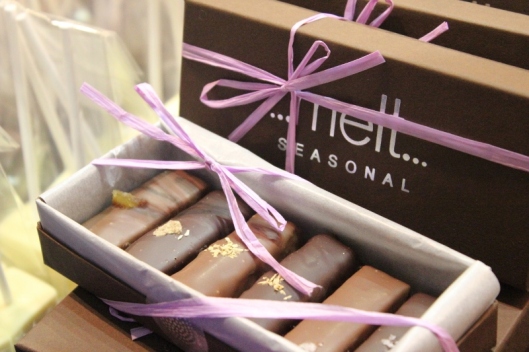 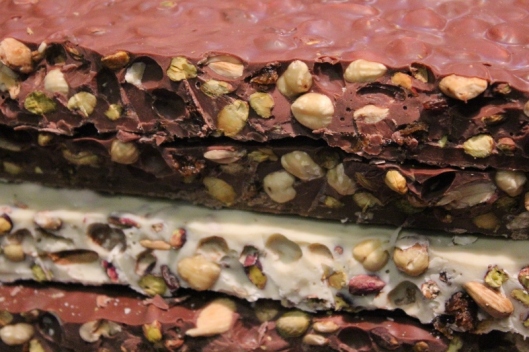 Last Friday night was an exciting evening as I kindly received two tickets from Nudge PR to attend the Salon Du Chocolat Gala event. A massive chocoholic, as I’m sure you can see from previous posts, I simply could not wait!! The event was held at the National Hall, Olympia, a close walk away from Olympia overground station or 8 minute walk from West Kensington. Upon arriving half of the building looked closed as all the lights were off which made me panic slightly as I thought I’d come to the wrong place! Luckily we hadn’t and arrived in plenty of time, giving the opportunity to explore the stands before the gala event.

The Salon Du Chocolat event took place from Friday 18th to Sunday 20th October and was the first ever London edition. The event had been in full swing earlier in the day with plenty of the UK’s best chocolate companies from Paul A Young to international brands such as Lindt. When we arrived some of the exhibitors had gone for the evening, most likely resting up or preparing for their second busy working day; however there was still plenty of opportunity to walk around and read about the companies as well as sample lots of chocolate from the exhibitors who were still around…always a bonus!

My first stop was at chocopassion as their display was one not to be missed! Animals, pumpkins and ghosts all made out of chocolate, there were so many exciting chocolate sculptures to look at and be amazed by. Not only did they have little chocolates which would make for a fantastic present but they had life size chocolate cameras and towers. I had previously come across chocopassion on a trip to Brighton. It was during lent and I had given up chocolate so the day wasn’t as fun as it could’ve been if only I’d be able to try something from their incredible stand. This time there were no restrictions so I was rather content digging into a delicious solid milk chocolate pumpkin. 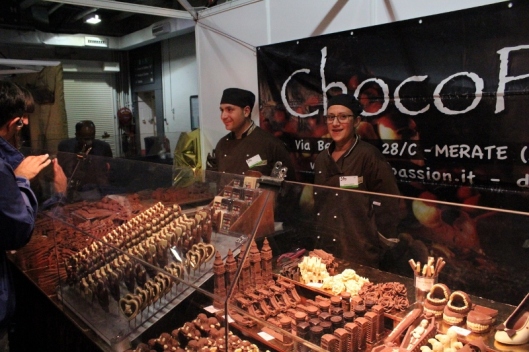 We continued exploring and stopped by Lindt where there were flavours such as crème Brule and velvety vanilla almond. There were samples of several of the bars and many more on the shelves. The staff were lovely and said if there was any chocolate we wanted to try just to let them know and they would get it for us. There was one I hadn’t tried before which was the orange and pistachio. I’m not a lover of orange in chocolate, the only one I can just about manage is Terry’s chocolate orange, however I am a big fan of pistachio so though I’d give it a go. Surprisingly I really enjoyed it, the two flavours worked together to create a fresh nutty combination that left a zingy aftertaste.