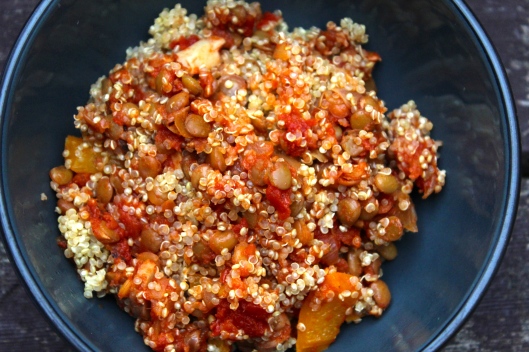 It’s been a while since I posted a recipe (November eek!) so I thought it was time to get back in the kitchen and start thinking about what could make a tasty meal again!

This recipe was inspired by a group I’ve been involved with since October, which is known as Oldfield Eats and is a project run by North London Cares, a wonderful charity that aims to tackle isolation and loneliness in over 65’s who live in Camden and Islington. I joined North London Cares as a volunteer back in December 2015 and have loved being involved in a variety of the different projects  they run from film nights, pamper afternoons and now a cooking group.

I had been wanting to set up a food pop up group for some time and wasn’t sure what my plans were last year with living situation so kept putting it off however I saw a post on the North London Cares website about being an organiser and running one of the groups and thought that sounded like a lot of fun! My initial idea that I pitched was to do a sort of pot luck event where volunteers and members of the community each cook a small dish and then bring it to share with each other however it just so happened that North London Cares were thinking about running a healthy eating cooking group once a month at Oldfield Estate, sheltered housing accommodation just next to Primrose Hill, and were looking for someone to help run that. I loved the idea so it was an easy decision to get involved with the project and since we started it has been so much fun. END_OF_DOCUMENT_TOKEN_TO_BE_REPLACED